Pennsylvania Capital-Star by David Lapp, June 30, 2022
David Lapp is the director of policy research for Research for Action. He writes from Philadelphia.

When the COVID-19 pandemic forced schools into remote learning instruction many Pennsylvania policymakers expressed deep concerns. Many lamented the impact on mental health when students stopped receiving in-person learning and the important social skills that develops. Many were upset by the evidence of significant learning loss that accompanied the switch to virtual instruction.

The Pennsylvania General Assembly even enacted a new law allowing students to voluntarily repeat a grade to make up for lost educational opportunities.

This year policymakers should consider bringing that same energy to a similarly harmful and even more wasteful form of remote learning. One that’s been growing for more than two decades and reached a boiling point during the pandemic. I’m talking about the soaring enrollment growth and accompanying financial cost of Pennsylvania’s cyber-charter school expansion.

There’s solid research both nationally and in Pennsylvania that cyber-charter schools have an “overwhelmingly negative” impact on student learning. The learning loss students experience from virtual instruction in cyber-charter schools appears similar to the learning loss students experienced from virtual instruction during the pandemic.

For each year a student is enrolled in cyber-charter school they are also more likely to experience chronic absenteeism and less like to enroll in post-secondary education.

There’s also clear evidence that spending on cyber-charter school expansion comes at the expense of students receiving in-person learning in school districts and brick & mortar charter schools, where more effective instruction is provided. In fact school districts—which pay for cyber-charter tuition from their own school budgets—have indicated that charter tuition is now their top budget pressure.

It’s easy to understand why. Pennsylvania already had the highest cyber-charter school enrollment in the country and then enrollment grew by 22,618 additional students during the pandemic. Districts are now spending over $1 billion dollars a year on cyber-charter tuition, reflecting an increase of $335 million from before the pandemic. These surging expenses impacted the vast majority of school districts in the state.

Cyber-charter tuition likely represents the most inefficient spending in Pennsylvania school finance. For one, the cyber-charter system is redundant. Both before and since the pandemic, most school districts continue to offer their own virtual schools. Secondly, the tuition rates mandated under current PA law require districts to pay cyber-charters more than it actually costs to operate virtual schools. And finally, when students leave for cyber-charter schools, districts must of course still operate their own brick & mortar schools for remaining students, only now with fewer resources.

As Research for Action previously found, school districts do not realize substantial savings when their students leave for charter schools,  especially not during the first year of expansion. So, most of the spending on cyber-charters results in pure negative fiscal impact, or “stranded costs,” on district finances.

In Research for Action’s recent report, The Negative Fiscal Impact of Cyber Charter Enrollment Due to COVID-19, we estimated that the tuition increase in just one year of the pandemic, from the 2019-20 and 2020-21 school years, led to between $290 to $308 million of additional stranded costs borne by school districts. Nearly the entire amount of increases in school district total expenditures statewide in 2020-21 were accounted for by increases in school district tuition payments to charter schools, most of which were for cyber-charters specifically.

Meanwhile, this tuition spike has left cyber-charters in Pennsylvania flush with surplus resources. More than half of the additional funding cyber-charters received from districts in 2020-21 was not even used for student expenses. Rather, cyber- charters funneled over $170 million into their general fund balances that, unlike school districts, have no statutory limits.

Advocates for cyber-charter schools have argued that poor student outcomes are attributable to cyber-charters serving high rates of students who already struggled in brick & mortar schools. But demographics are actually quite similar between cybers and the rest of public schools in Pennsylvania. And studies have controlled for any differences that may exist in prior student performance and still found lower than expected student outcomes after receiving virtual instruction.

Still, cyber-advocates are correct that the ability to learn remotely is of obvious benefit to some students who have experienced barriers to participation or to success in brick & mortar public schools. The key point is that commonsense reforms, which are already the norm in other states, can reign in soaring costs and increase accountability for performance without limiting access to remote learning for students who benefit.

A recent report from the Pennsylvania Charter Performance Center detailed how most states strike a better balance in how they fund cyber-charters.

More than 86 percent of Pennsylvania school districts school boards (434 out of 500) have passed resolutions calling for reasonable reforms to charter funding. Meanwhile, bipartisan legislation already before the General Assembly would reduce the perverse financial incentives in current law and bring Pennsylvania more in line with the rest of the country.

These proposals provide an opportunity for Pennsylvania policymakers to bring the same energy they had for addressing concerns related to remote learning in school districts during the pandemic, to reducing the negative fiscal and academic impact from the on-going expansion of remote learning in cyber-charter schools. 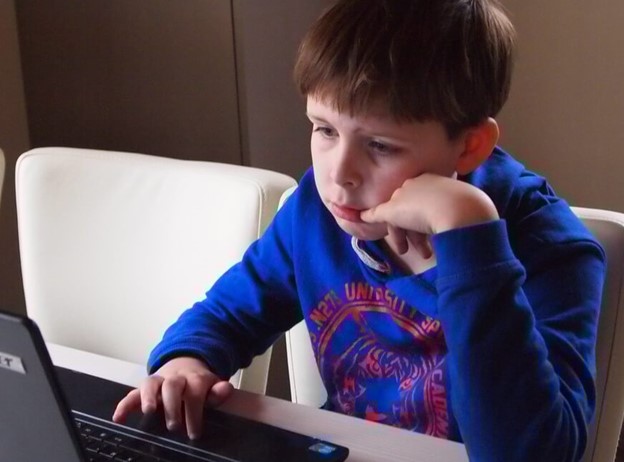